Being an avid skier and Francophile, I’m often on the slopes in the French Alps tackling a bumpy black piste or a carving down a nice wide red run. Even when I’m back home, I like to keep up to date with the resorts I visit, so I subscribe to a number of French and English feeds and mailing lists for updates, as well to ‘steal’ some ideas for our own marketing campaigns where I see an interesting technique being used that we could incorporate.

I recently received an email from the official English mailing list for the main ski resort I visit to enter a competition for a free summer holiday. Not one to pass on a chance to win something I could actually make use of, I clicked through on the distinctly average translation they’d included in the email copy (and I say copy in the loosest of terms, as they’d laid out the whole e-mail using text in images – very 90s!) and reached an equally average looking landing page with the ‘standard’ call to action “I play” (a typical literal translation of the French « Je joue »). Anyone who has used a website in English knows that CTAs or buttons use simple imperatives like “Play” or “Submit”, so it’s beyond me why the writer chose “I play”. 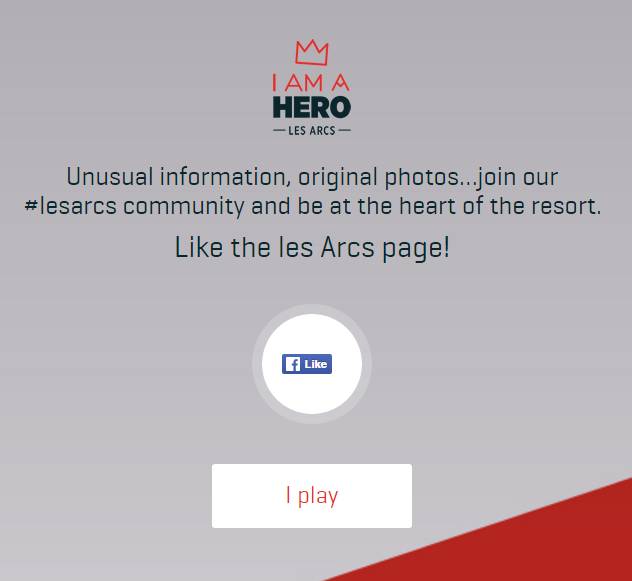 Even though I’m already on their list and the resort has my details, I had to sign up again (which I don’t mind, but in this day and age shouldn’t be necessary since I’m a customer). The real trouble arose when I went to fill out my name and address, as French addresses are formatted differently to those in Britain and most other countries.

Upon clicking the “I submit” button (an equally dubiously translated CTA) my address was rejected by the form’s validation rules, as they had only been programmed to allow five digit numerical French postal codes, even though the form itself had been translated into English. I tried using the French customary ‘overseas’ postcode of 99999 that often gets used by banks and organisations that don’t fully support overseas addresses, but that didn’t work either, so I was left to bounce off the site and give up.

The final nail in the coffin for this particular campaign was the quick look I had at the linked English translation of the “contest rules”, which stipulated that the competition was only for French nationals.

All in all, it seems as though this was a rather amateur effort on the part of the marketing department for part of one of the world’s largest ski areas. What I really can’t understand though is that, given the terms and conditions I’d read, why they bothered translating, as I never was in with a chance of winning anyway!

To summarise, my key multilingual marketing takeaways for anyone who is running a similar campaign across multiple regions and languages would therefore be:

Sam is responsible for looking after our clients in the UK and the rest of Europe. He is also our technical guru and loves working with our clients to help them find solutions to their technical challenges, and ensure that their systems can handle a wide variety of different character sets and languages.

Sam can be contacted on: sam.whatley@commsmultilingual.com